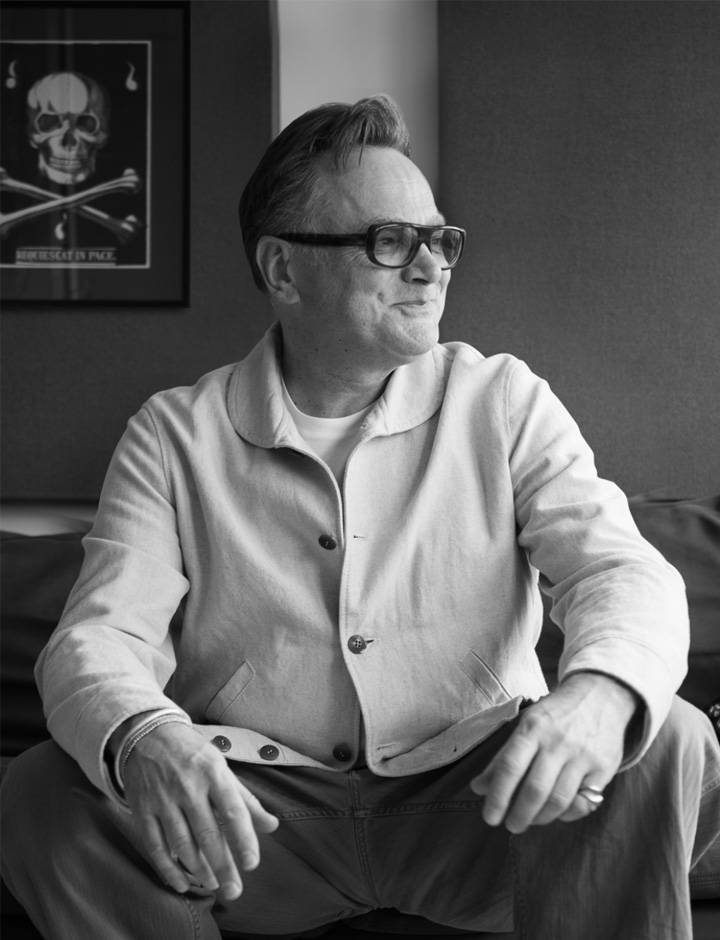 Andy Carroll has been a pillar in the music-for-advertising community for over 20 years. A world-class composer and sound designer, Andy is sought after for his bold, elegant sound.

As UK Partner/Creative Director, he’s been an integral force in growing the company’s global profile.

“We’re a hard-working, driven, passionate team with excellent ears! I partnered with The Elements crew in 2016 to launch our European operation, and I can honestly say that this has been one of the most exciting chapters in my career to date.”

Andy was the bass player in a band signed to Virgin Records, when writing music to picture happened ‘by chance’. His ex-band mate and partner, Nick, was working at RSA and got them in on a pitch for a McDonald’s advert, which they won and swiftly followed up with a D&AD award-winning spot for Nike entitled ‘Can I Kick It’, directed by Tony Kaye.

He then formed a hugely successful partnership with Michelle Curran and Nick Amour as joint MD’s of Amber Music, scoring for global brands such as Diet Coke, Mastercard, VW, Orange, Audi and managing multiple studios/offices in London, NY, and LA.

“I’m lucky to say there are very few agencies and brands I haven’t had the privilege to compose for”. Following twelve prolific years at Amber, Andy went on to set up bespoke music agencies Population Music and Soundfly Music. During this time, he co-wrote 22 albums of library music under the title ‘Twisted’ for Extreme Music.

His passion and ambition to again help build a global brand in music-for-advertising was roused after joining the Fireflies West ride in LA and falling back in love with the US and its attitude and approach to original music. It was during this trip that he was introduced to The Elements Music founders in LA, and the seeds of the eventual partnership were sown, soon leading to some of the most creative and exciting work of his career for brands including Dyson, Porsche, Mercedes, Samsung, Uber, Toyota, and many more and ‘it’s only just the start…’