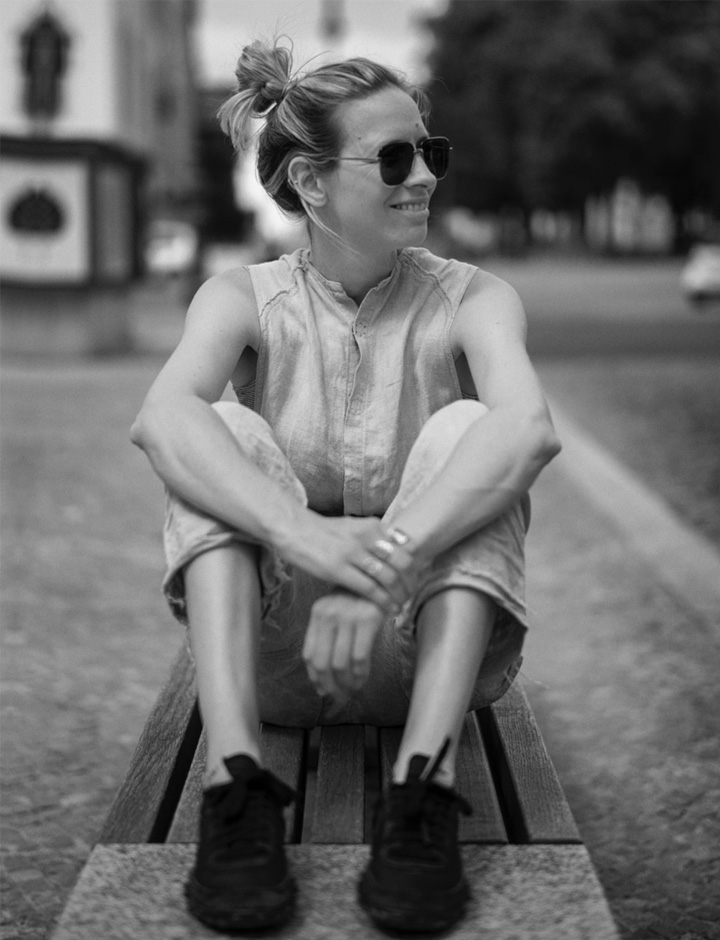 Dann grew up on sets and in studios, the daughter of and advertising head, giving her an early entre in to the worlds of advertising and entertainment. She began her career as a singer-songwriter, releasing her first single with Skint Records at age 17. She went on to work at world famous recording studios Metropolis in London where she met and ended up working with many notable producers and artists, including Ian Brown. She also did session work on commercial projects, which eventually led her back into advertising.

In 2006 she sang a cover of Peggy Lee’s ‘Fever’ and became the voice of the FIFA World Cup for Mastercard. The track was co-produced by Andy Carroll, who brought Dann on to run the advertising side of his music production company at the time, Soundfly.

After several years producing for brands including Nokia, Orange, BMW she took some time out to have a family and re-united with Andy, now Creative Partner with The Elements Music, in 2016.

"When Andy reached out about joining The Elements, I was immediately on board. I’ve only ever worked with the most creative artists, composers and agencies with him and alongside The Elements US, I knew I would be a part of something really exciting."

Since returning to advertising, Dann has produced spots for global brands like Toyota, Ford, Nike, John Lewis and the award-winning VR-wearing ‘Ostrich’ for Samsung.

“Dan is an A-Player. She brings a blast of energy into everything she touches", says The Elements Co-Founder J Bonilla. "It's a no-brainer for us to put her into a position where she can directly contribute to our creative output as well as our continued overall growth."